What’s the cheapest way to get from Kyoto to Nara?

Nara was the centre of Japan for many times until 794 AD. There are lots of temples built around that time, that means lots of things are even older than in Kyoto, there are more world heritage sites and national treasures.

It is not far from Kyoto and easy to do a day trip. Let’s find out what way is the cheapest, and how long it takes.

How to get from Kyoto to Nara.

Using a train in the common way to travel from Kyoto to Nara. There are 2 major stations by different train lines at the centre of the Nara tourism area, and they are about 1 km apart from each other. Picking the right train line could save you some time and walking.

What’s the cheapest way to get from Kyoto to Nara?

You can use Kintetsu trains or JR trains from Kyoto station. And which train could be cheaper depends on your situation.

If you are holding Japan Rail Pass.

Japan rail is operating between Kyoto and Nara. JR Nara station is farther to Nara park than Kintetsu Nara station, but it does save money as you don’t need to pay any additional fare.

There are Miyakoji Rapid trains every 30 mins in the day time, which takes about 45 mins to Nara. If you are travelling in the early morning or late afternoon, you need to catch other trains and they take about 1 hour.

The cheapest option is to catch an express train which is 620 yen and it takes about 50 mins.

There is also the fastest option. If you pay 510 yen on top of 620 yen, you can catch a limited express. It takes about 35 mins and you will be in the centre of Nara’s sightseeing area.

How to get to Nara park from the stations?

Catching a bus to the furthest destination, and then walk your way back is probably the best option for saving time and energy.

When we went to Nara from Kyoto.

We didn’t hold JR pass when we stayed in Kyoto for 6 nights, and everything we wanted to visit in Nara was around Nara park, so we used the Kintetsu train line to travel to Nara.

We travelled in the late morning, and the train was pretty busy that we could luckily sit down. The Kintetsu Nara station is close to the park as you can see on the map, and it was convenient to visit Kofuku-Ji temple and
Todai-Ji Temple on foot.

When travelling back to Kyoto, we paid the extra money and caught the limited express train, as the next train was that one, and we were tired after walking around all day.

We think it was a wise decision as the limited express train was lots more comfortably made and there were fewer people on the train. 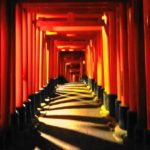 How to get to Fushimi Inari from Sanjusangendo?

This temple and shrine are not far from each other, and it can’t be easier to access by public transport. This is how I travelled between the destinations when I have visited. 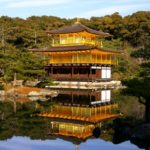 How to get to Kinkaku-ji temple from Kiyomizu-dera temple.

Kinkaku-ji temple is about 10 km away, located north-east of Kiyomizu-dera temple. You can get there … 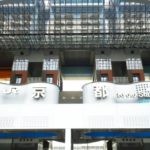 How to get to Kiyomizu-dera temple from Kyoto station?

There are many ways to get to Kiyomizu-dera temple from Kyoto station. Let’s see what way suite you the best. 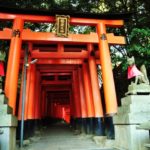 How to get from Fushimi-inari to Kiyomizu-dera temple?

There are some options to travel between the destinations. Let’s see which one suite you the best.

How to get from Fushimi-Inari to Arashiyama?

Arashiyama is about 12 km away from Fushimi-Inari, located west of Kyoto. Changing transport is required, but you can travel easily by trains.

PREV
How to get from Todaiji temple to Kasuga Taisha shrine?
NEXT
How to get to Fushimi Inari from Sanjusangendo? 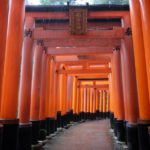 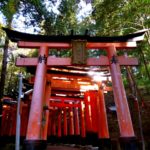 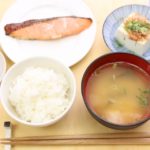